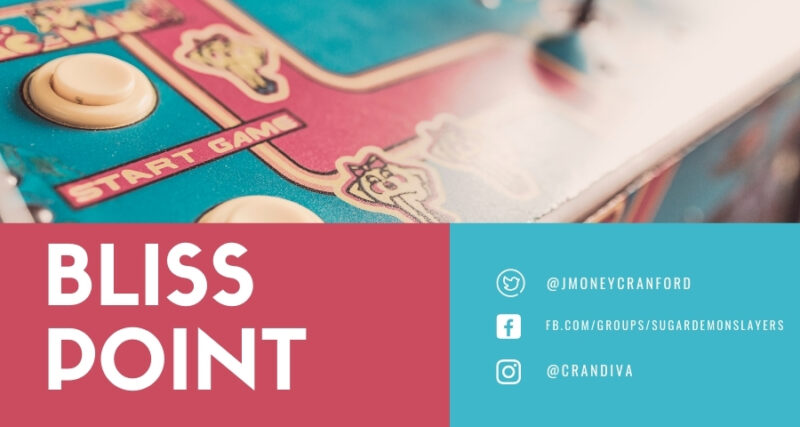 Sometime in the tenth grade I fell in love with a run of science fiction novels titled The Ringworld Series authored by Larry Niven. These books were written in the early seventies so they were already decades old when I discovered them in ninety-three. However, the concepts in these novels would endure to inspire one of the most popular video games of all time released in 2001; Halo for Xbox.

The notion of a massive ring shaped world, many times the size of earth fascinated my adolescent mind. But another concept from the book stuck with me long after I put away my Xbox. The main character of the series was addicted to the most sinister fictional drug ever conceived of. Niven called it “the tasp”.

In Niven’s universe, the tasp is a device small enough to hold in the palm of one’s hand, like a TV remote. It works by firing an inductance beam (whatever that is) to directly stimulate the pleasure center of the victims brain. The result is a moment of pure ecstasy strong enough to temporarily incapacitate a person and eventually control them through their addiction to the device. Without access to the tasp victims become depressed, suicidal. Using a tasp on someone without their knowledge or consent is referred to as “making their day”.

The thing nerds like me love about science fiction is that it eventually becomes science reality. If you don’t believe me, go read Ender’s Game by Orson Scott Card. He imagined the Ipad and wireless internet long before Steve Jobs even began tinkering with motherboards in his garage.

So we don’t yet have anything like a tasp to “make someone’s day” although the geeks at DARPA are probably on it as we speak, but we do have something equally sinister. In the early nineties a scientist named Howard Moskowitz discovered that by combining salt, sugar, and fat in specific quantities he could trigger a massive dopamine dump (pleasure) in the brains of the consumer’s who used such engineered products. He called it “the bliss point.” Soon after, everything in the grocery store from pasta sauce to yogurt was engineered to hit your bliss point. Howard Moskowitz had essentially invented the tasp and turned it over to the major food manufacturers.

Now we pay, many of us multiple times per day for our little taste of bliss. Worst of all we do the work of recruiting new addicts for these companies so they don’t have to. When was the last time you “made your kid’s day” with a Happy Meal?